Nice talking to you. My skype is fragger420 for everyone else.

is the idea board for trello.
Top

CharlotteLabyrinth wrote: What I currently have in my mind are more flexible grid maps and offset levels that can be meticulously adjusted via mouse wheels or something similar. It would be also great to have an 'overview' mode on friendly sectors just like a good old Commander View in BF2/2142/BF4, where you can observe down sectors from a bird's-eye view. Alternative unit stances (aggressive, defensive, search & destroy... etc) will surely be a key gameplay elements, too.

Completely agreed! Like I said before, the UI is an extremely potent tool in UA, and I'd love to expand on what the original did. Doing an isometric/orthographic overview of the zones in a wireframe-visual would be very nice. I had also thought of using the mouse-wheel to trigger different layers of information, it fits well and is intuitive.

Also, how about "queueing"? Like most other RTS games the queueing feature which enables automatic unit creations from Host Station in a consistent and specific order, without forcing players to come back into his/her Host Station to create more units would be useful. But of course there should be a massive creation speed penalties to compensate it. Otherwise will the function itself is just not a suitable idea and perhaps will make the game way too easy?

Haha that's awesome, never saw that scout/turret trick. Queuing does seem like a minimum in the user experience of today's games. Most strategy games even have multiple building selection which lets you access the unit-creation aspect of every building at once. I don't like this simplification in games like starcraft, BUT I do think it could work in UA.

The reason being - the economy in SC is tied to the material value of your units, but only in one direction. In UA, you need to have a good balance between unit creation and energy-recovery, if you keep on pumping out a ton of units, your host station becomes very vulnerable. So I think this is a good mechanic which balances out the fact that you could easily queue unit creation. That's why having something like automated spawning pads doesn't seem to bad to me because you'd have to manage turning them on & off in the event of losing a power station, or you'll easily die due to low host station energy.
[/quote]

Remork wrote:Perhaps with some added mechanic of having to build powerlines to those pads or something, since they need continuous energy?

Not directly related to this feature, but could be applied as well if a design and concept is adjusted accordingly. My idea is a 'power generator', which is essentially a minor version of power stations. Reasons are because even the weakest power stations in UA costs way too much energy to build, and requires actual Host Station to move into the place in vicinity for constructions, so generally in both singleplayer and multiplayer games it was extremely impractical to build 'forward' power stations with a minimum cost of 1000 + Energy required for beaming.

Instead, power generators will be packed on a slow unarmed mobile ground unit, called 'Extractor'. Once you 'deploy' an extractor (by pressing the attacking button for normal units) in a desired location, the unit will be expended and a power generator will be installed on a sector. It should take some time until the installation process is complete. Power generator should retain every basic functions (Free beam point, repairing units... etc) of power stations, but with a very weak amount of energy output, making it useless for harvesting energy from. This will make power generators a valuable asset for both tactical and strategic decisions (Like repairing units out on a field, serving as beam points that can be used to quickly reinforce squads in a battle, or even scheming covert operations by deploying it at the hidden corner of battlefields in order to secretly beam your Host Station at the behind of enemy base

This is a great idea. In fact it shouldn't even be hard to add to the game once we have units & power stations. In fact this idea is going on the Trello board!

Charlotte you should totally join Trello btw, it's a really nice way of organizing this project and we can use it as a complementary tool to this forum! You don't even need to be an active member of the development, if you're just helping out by structuring the Trello and organizing certain lists/tasks etc that would be super helpful. I recommend watching these tutorials to get an idea of how Trello works: https://trello.com/guide Basically, we are free to use it how we want. The more detailed our Trello board becomes the better we can manage the actual creation so any help there is well appreciated.


One aspect of UA that disheartened me was a complete lack of accessible/customisable AI files. Some modules of AI have a serious fallacies such as radar construction AI which is basically nothing but causes AI to perform a mindless suicide act, whilst other hard-coded sections contain some key intuitive AI behaviours but cannot be altered. That alone led me to do some casual hex-editing into the executable file from time to time without noticable results to the initial purpose.

AIs are still one of the most quintessential factors in games, especially in mod-heavy games their existences and limits of intellectual capabilities are cherished. Should the majority of AI definitions are accessible, people might be able to come up with some creative ideas as well. Different detection ranges, attack ranges or attack patterns for different units would be very interesting. Unit AIs should also possess several basic innate tactical variations for their respective classifications (tank, heli, plane... etc) instead of just directly facing and approaches to their opponents all the time. At least we can make helicopters actually keep their distances from targets while attacking, just like in real life. Considering that the primary reason why UA helicopters AI is so bad is due to their excessive obsessive-compulsory disorder for an allocated 'height' value.

Exactly. So imagine, what if we had a system that you could modify, something along the lines of this: 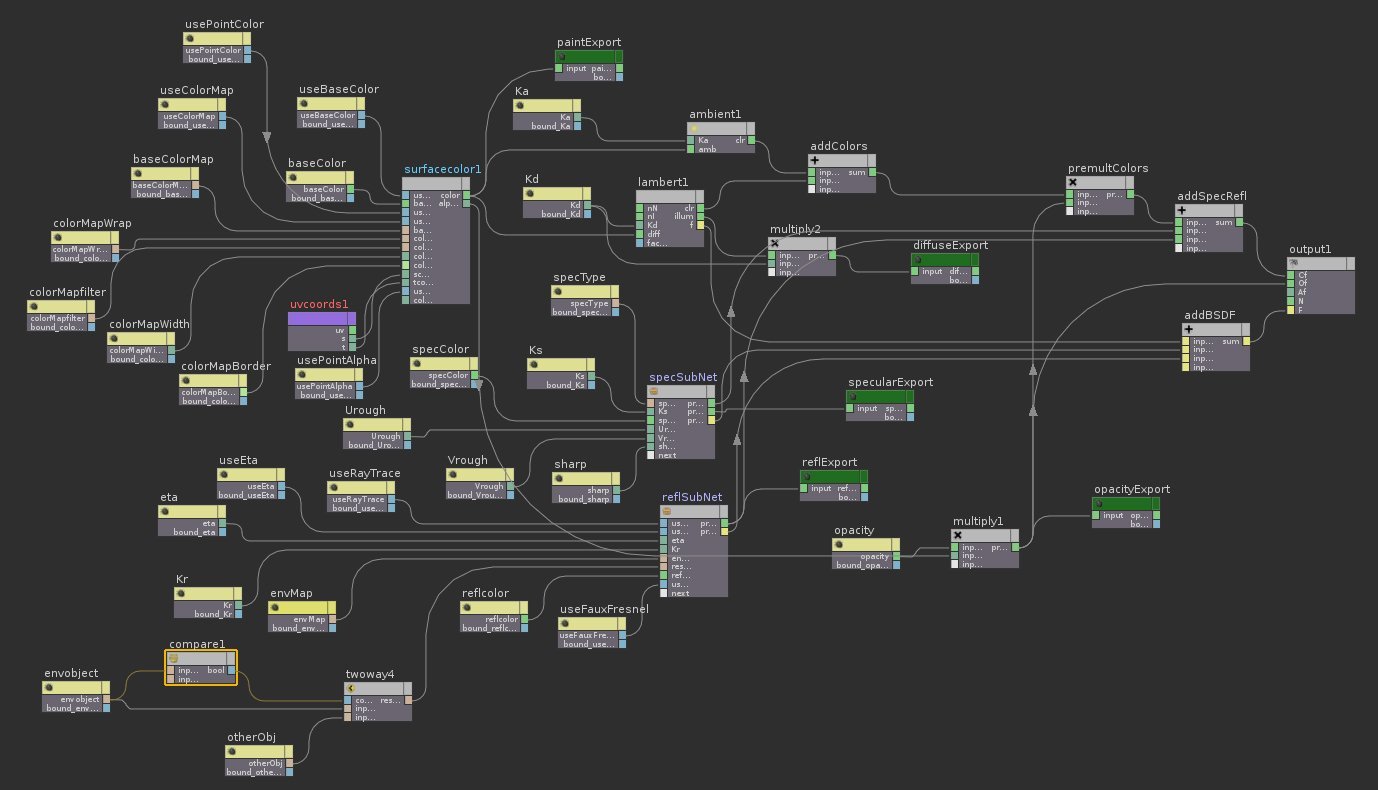 Now it looks and probably is complicated to get the hang of such a thing. But if, say, we make every aggression level through such a diagram, it gives people examples of how to work with the language. If we want to add in complexity, we need to do it in a way that is hidden at first and has a high level of abstraction (ie: the 5 different aggr levels in the squad manager) vs the complexity of the underlying mechanism which holds a lot of potential if used right.
Top

Here's just a preview of the current project progress:

Users browsing this forum: No registered users and 1 guest